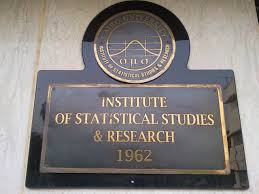 Al-Abbassy, the Conference Chair, said that the conference will include 10 seminars, 8 sessions including 40 researches in Biostatistics and Demography field, Computer Science and Operations Research field, Applied Statistics and Econometrics, and Mathematical Statistics. He said also that the institute seeks the continuity of performing its mission, the full employing of potentials and energies as the accelerated scientific and technological development has lead to the occurrence of large competitive challenges as a result of globalization which threw the responsibility on education and training to cope with these changes, confront its negative effects, benefiting from the gainings it achieves.