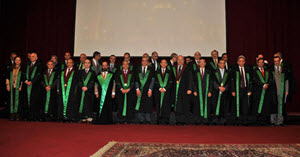 Cairo University Council has approved in its decision review to offer Al Qasimin honorary doctorate in social sciences field due to his interests in arts and literature, as well as boosting homeland and nation issues and supporting Egypt and its people.