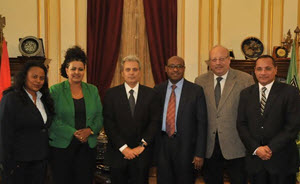 During the meeting, Nassar confirmed the important role played by People Diplomatic Delegation in understanding among peoples and enhancing relations among societies. He pointed out that Egypt and Ethiopia are linked by historical and geographic relations which require enhancing these relations for the interest of the two peoples.

The two representatives of Ethiopian People Diplomatic Delegation expressed their delight for visiting Cairo University as one of the most important universities in Africa. They identified the available potentials for boosting cooperation between Cairo University and Addis Ababa University in educational and research fields.

Prof. Dr. Gaber Nassar said that there is a current initiative and cooperation projects between Cairo University and Nile Basin countries in educational and health fields, including scholarships for African students. He said also that Cairo University is ready for more cooperation with Ethiopia in educational and research fields, and it has a specialized institute for African Studies. 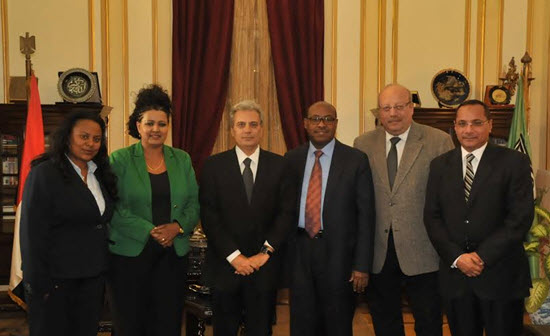 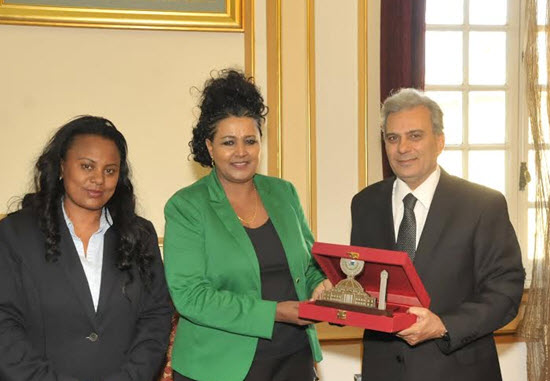 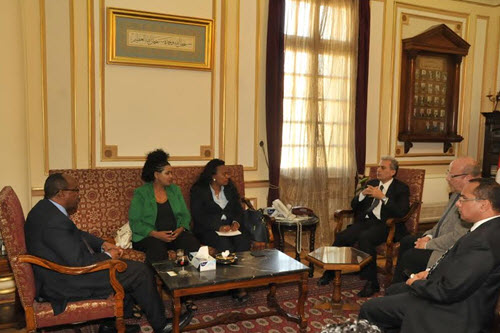