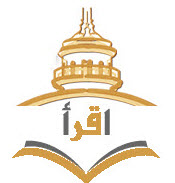 Cairo University announced launching the new stage of Iqraa Research Competition. The book of winners (18 researchers of postgraduate and undergraduate students) was printed in the first stage. Cairo University Team organized a celebration of its scholars and researchers who were awarded state and university prizes on the anniversary of Cairo University establishment on December 21, 2016. This came as a reaction to the positive responses of student, cultural and literary media. There is a seminar that revolves around Naguib Mahfouz, the Egyptian novelist who won Nobel Prize, operated by Cairo University President. Mohamed Salmawy, Salah Fadl, Gaber Asfour and Haytham El-Hag participate in the seminar which is held at 12 p.m.

For more information on the competition, visit the following websites

For registration in the competition by electronic application