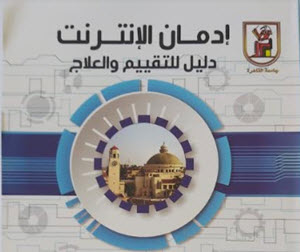 The Minister of Higher Education and Scientific Research Khaled Abdel-Ghaffar and Cairo University President Gaber Nassar witness the fifth international conference for Faculty of Oral and Dental Medicine at Cairo University. The conference will be held on Tuesday, April 4, 2017, at The Nile Ritz-Carlton, Tahrir Square.

The conference starts on April 4 and ends on April 7, 2017. It is entitled ،، A Leap Towards Distinctive Dentistry,, and is aimed at exchanging experiences and getting introduced to all what is new in dentistry, training and modern dentistry education methods and supporting cognitive communication in different dentistry fields among youth dentists.

Faculty of Oral and Dental Medicine Dean, at Cairo University, and the Conference Chair Amr Aboul-Ezz said that ،،the conference, in its fifth tournament, will witness a paradigm shift in scientific content by the participation of many professors of dentistry and Egyptian and foreign experts to present all what is new in the branches of dentistry.,, The faculty dean pointed out that ،،the scientific program of the conference includes nearly 80 scientific lectures and 15 workshops over three days in participation with elite of dentistry professors from different Egyptian universities as well as lecturers from Germany, Greece, Lebanon, Brazil, Turkey, Iraq, Sudan and United Arab Emirates.,,

The conference activities witness honoring elite of dentistry pioneers, former deans of Faculty of Medicine at Cairo University, the faculty graduates who occupy international positions, some old graduates as well as some society symbols who contributed to supporting the societal role of the faculty. The conference administration will honor Abou El Reesh Children Hospital and National Cancer Institute for their roles in society service. A great emphasis is placed on Abou El Reesh Children Hospital, National Cancer Institute, New Educational Dentistry Hospital and the clinics of Faculty of Oral and Dental Medicine at Cairo University.

Sixty five exhibitors from major Egyptian and foreign companies specialized in dentistry devices will participate in the exhibition held on the fringe of the conference.