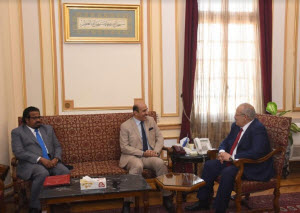 The two sides agree on increasing the numbers of Saudi international students in Cairo University especially in distinguished study programs.

Cultural Counselor at Saudi Embassy in Cairo Khaled El-Namie said that ،،Saudi Arabia is on intimate terms with Egypt and its people, and there are close ties between the two sides.,, He added ،،We hope there is educational and cultural cooperation with Cairo University which is one of the most ancient universities in the Middle East at the highest level. Cairo University competes with major global universities.,,