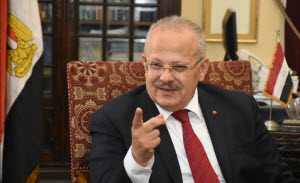 Al-Azhar Centre for Dialogue is established in 2015. It is responsible for disseminating intercultural and intercivilizational dialog, working on the acceptance of others, coexistence, and imparting religious and human values common between peoples. The center has many international and local activities in civilizational communication and peaceful coexistence.

Prof. Dr. Mohamed Osman Elkhosht is one of the pioneers of religion philosophy in the Arab World. He has many writings and is deeply interested in both Islamic heritage and Western thought. His writings pursue intellectual methodology and reflect faithful belief. He is the author of a new theory in religions evolution which he presents in his book Religions Evolution. Elkhosht is classified by UNESCO as one of contemporary Arab philosophers.