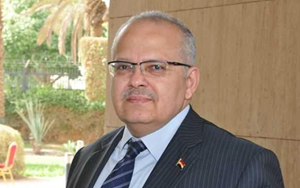 Cairo University President Mohamed Osman Elkhosht announces that Cairo University will launch cultural salon project at Grand Celebration Hall, on November 2, 2017. He pointed out that ،،Cultural salon is aimed at managing dialog with university students on some literary, theatrical and ideological works that attracts students to discussing different fields with salon guests including innovators, thinkers and writers.

First cultural salon meeting starts at Grand Celebration Hall – Cairo University, on November 2, 2017, at 12 p.m., with meeting the litterateur and media man Ahmed Salem who signed his latest novel. The second meeting is on issues of society, youth and homeland future with the journalist Salah Montasser.

Cultural salon is to witness meetings between students and some celebrities.