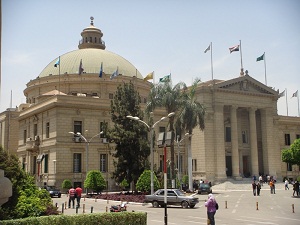 Elkhosht pointed out that ،،The new contractual form will be implemented on 1014 employees to come in under the university budget for 6 months then will be appointed as permanent employees.

Elkhosht added that ،،This action is a step towards improving the welfare of employees.,, He said that ،،Employees are an important pillar of the university system. Cairo University always seeks the improvement of their living situations