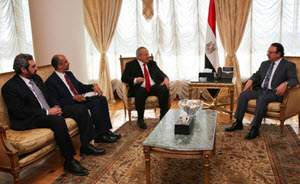 Prof. Dr. Mohamed Osman Elkhosht said that a teamwork will be formed between Cairo University and MCIT to study cooperation styles and prepare executive plan to start the project within days of protocol signature.