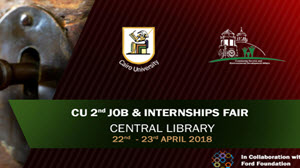 Cairo University launches the second forum for jobs and training in participation with nearly 65 major companies that represent sectors of banks and insurance, construction and building, petroleum and mining, communications, pharmacology, and education on Sunday, April 22, until April 24.