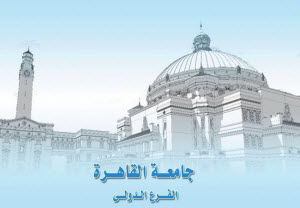 Cairo University President Mohamed Othman Elkhosht lays foundation stone of Cairo University International Branch at Sixth of October City at 1 p.m., on Sunday, April, 2018, within the framework of political leadership directions of Arab Republic of Egypt to make a global leap for Egyptian Universities. This also happens in the light of Cairo University philosophy that aims at transformation into third generation universities by creating new and integrated academic institution based on cooperation with international universities with global reputation. The event is sponsored by Minister of Higher Education and Scientific Research Khaled Abdelghaffar and attended by a number of senior officials, universities presidents, faculty deans and professors, and higher education experts.