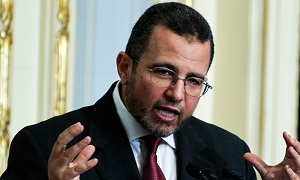 On 17th of January, Dr.\ Hisham Qandil, the Egyptian Prime Minister will witness the activities of laying foundation stone of establishing the new National Cancer Institute for Cairo University, on the university's land at El-Sheikh Zayed City. The activities will also be witnessed by Ministers of Higher Education, Social Assurances, Housing and Facilities, Scientific Research, Health, and Cairo University's President.

The idea of establishing the hospital of the new National Cancer Institute to accommodate increasing cases of cancer patients at Egypt after an intense crisis for which the current institute was exposed in 2010, as a result of emptying the main building for the sake of restoration work. The university allocated a land of 34 acres at El-Sheikh Zayed, equipped with facilities. New National Cancer Institute organization has been founded as a famous civil organization to provide special accreditations of establishing the new hospital to enable it to perform its role in field of fighting tumors and cancer treatment at Egypt. Board of Trustees has been formed on January, 2012, headed by Dr.\ Hossam Kamel, Cairo University's President, Dr.\ Alaa El-Haddad, Dean of National Cancer Institute, Deputies of the Institute, as well as 6 public figures.