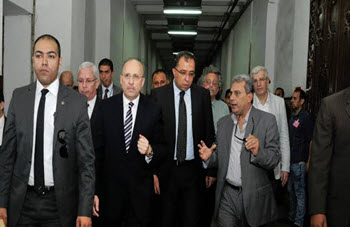 Cairo University's president and the ministers have inspected operation rooms, intensive care and sterilization at the new hospital which accommodates 400 beds for emergency and fires. The hospital's establishment has been cost 480 million EGPs through cooperation between Cairo University and National Bank of Egypt.

The hospital's operation has been disrupted since its establishment due to the need for security, nursing, technical and craft labor. The hospital has the latest new sterilization unit at the level of the Republic. Its establishment costs about 10 million EGPs.