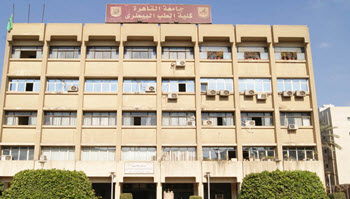 Sponsored by Prof. Dr.\ Gaber Nassar, President of Cairo University, Faculty of Veterinary Medicine organizes its twelfth scientific conference and the fourth international one in the period 25-28 October 2014 at Palestine Hotel, Al-Montazah, Alexandria.

Prof. Dr.\ Fathy Farouk, Faculty Dean and Head of the Conference, has declared that the conference is held under the slogan of the challenges and opportunities in the field of veterinary medicine in the context of the efforts exerted for the development of livestock, poultry and fish in Egypt and to maximize the role of the veterinarian who is first line of defense for the protection of human health.

He added that the conference discusses several theses, such as; the challenges that faces feeding animals and poultry, the role of the veterinarian in censoring food, and also Veterinary education technology. It also discusses methods of resisting diseases which infect animals and poultry through a number of lectures and cutting-edge research in these fields in which a number of researchers from Iraq, Egypt, Libya, America, and comes on top of the participants the Sudanese Agriculture Minister and his accompanying delegation of experts of Veterinary Medicine under the convention between the Faculty and Sudan.