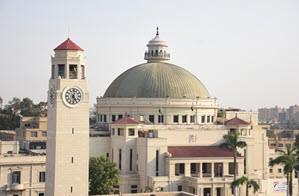 Mr.\ Saad Al-Bohteity, General Manager of Youth Care Administration, Cairo University, has declared that the first five most distinctive students, the winners of every field, will be honored with monetary awards. In individual competitions, the first will be donated 10000 EGPs, the second 8000 EGPs, the third 6000 EGPs, the fourth 4000 EGPs, and the fifth 3000, as well as collective works awards. He has also pointed out that Cairo University have won a number of awards in scientific and cultural fields through both Ebdaa 1 and Ebdaa 2 competitions.