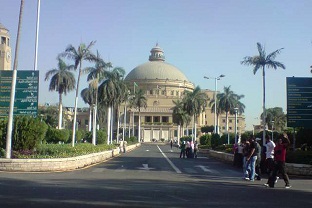 A symposium, entitled “The Reality of Japanese Studies in the Arab World”, has been held in the period from 16 to 18 November, 2014, at Conference Hall, Faculty of Arts, Cairo University. Some Japanese Universities, which signed cultural protocol with Cairo University, have participated in the conference in cooperation with Japan Information and Culture Center, Embassy of Japan at Cairo, Japanese Organization for International Cooperation. A group of faculty professors and academics from different Japanese Universities have attended the symposium.

Noteworthy, research presentation conditions are being written in one of the following languages (Japanese – Arabic – English) in MS word form until May, 31, 2015 provided that Arabic, or Japanese, or English summary is attached with the research.