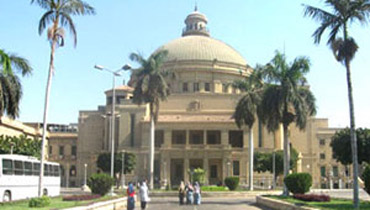 The meeting was regarding training the new editors before enrolling them in Journalists Syndicate as articled clerks according to the memorandum of understanding and the cooperation protocol expected to be signed between the university and the syndicate during the first week of December 2014 in journalists training fields. The memorandum and the protocol aim at training 1200 journalists annually at Faculty and Leadership Development Center, Cairo University. Nassar has welcomed the Partnership Agreement with the Journalists Syndicate, and confirmed that the university will offer all necessary facilities for the sake of the success of this partnership, as well as providing high level training requirements.