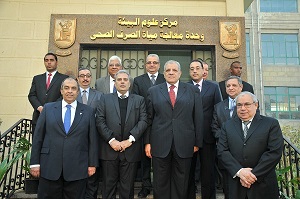 Engineer Ibrahim Mahlab, the Egyptian Prime Minister, has visited Cairo University on Tuesday morning 30/12/2014. During the visit, he was accompanied by the General Engineer Ibrahim Youness, Minister of Military Production, Professor Mustafa Madbouly, Minister of Housing, and Professor Sherif Hammad, Minister of Scientific Research. The Prime Minister was received by Professor Gaber Nassar, President of Cairo University. The visit targeted inspecting the experimental station designed by the university in the framework of a research project with one of the Japanese universities for sewage treatment and converting wastewater into drinking water as well as using it in agriculture after the results of final and official analyses have come out to confirm its validity as drinking water.


Professor Mohamed Zaky Eweis, the main researcher of the project, has reviewed the scientific technique by which the system is operated, the modality of its operation, employing it with low cost methods of water purification with 100 % Egyptian materials, without depending on any mechanization or harmful chemicals, it instead depends on biophysical treatment in the first place.

The Prime Minister has ordered the formation of a committee of the three ministers as well as Cairo University President for taking practical steps towards manufacturing this station which will contribute to solving the sewage and drinking water problems in many Egyptian villages.

The Prime Minister has also commended the research system of Cairo University as well as the research team for its tendency towards solving chronic societal problems. 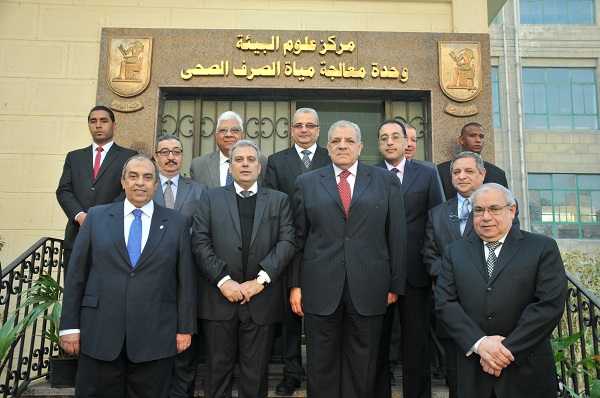