Nassar: Broad prospects for Cooperation between Cairo University and Institutions of Education and Training of UAE 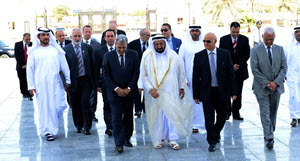 Prof. Dr.\ Gaber Nassar, Cairo University President, has confirmed that his visit to United Arab Emirates, accompanied with a delegation, has resulted in very positive outcomes. An agreement between Cairo University and University of Sharjah has been signed during the visit in the presence of His Highness Sheikh Sultan III bin Mohammed Al-Qasimi, a member of the Supreme Council of United Arab Emirates, current ruler of the Sharjah, President of University of Sharjah, and Prof. Dr.\ Hamid Magoul El-Naemy, Director of University of Sharjah. Nassar has pointed out that the agreement comes from the belief of both universities in the importance of the Arab and international cooperation in the higher education field, excellence in education and scientific training and research, as well as the importance of the adherence of the both universities to reinforce their partnership in the academic activities and joint training and research projects.

His Highness Sheikh Mohammed bin Rashid Al Maktoum, Deputy Ruler of Dubai, UAE Minister of Finance, has hosted Professor Nassar, Cairo University President, and his accompanying delegation on the first day of their visit to UAE. Cooperation fields with Cairo University have been discussed by H.H. Sheikh Hamdan and Nassar concerning developed educational and training programs that attract students at UAE whether citizens or residents.

Cairo University has signed an agreement with National Academy for Research & Development, Dubai, UAE, which sets forth cooperation in development field and human cadres’ development through offering Cairo University’s services at UAE via the academy.  Furthermore, carrying out joint educational, research and training projects between both parties provided that the cooperation is in all academic levels, including diploma, master and doctorate. Besides, research projects, workshops, training programs, experiences transfer and academic staff exchange. The agreement has been signed by Professor Nassar and Professor Nagwa Diab, The Executive President of the Academy.

Nassar has stressed that there will be cooperation between Cairo University and UAE during the next phase. Cairo University wants to open a branch in Dubai, provided that this section is commensurate with the university’s name and is not confined to transferring the educational process only, but also for settling the educational process in the UAE with high quality and benefit for students, as well as meeting the branch’s needs of UAE, putting into consideration the joint studies and educational programs with first class universities in Europe. 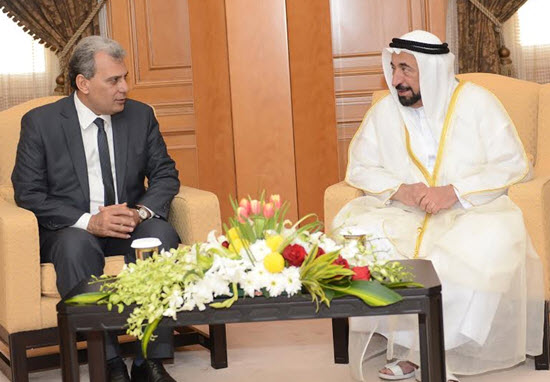 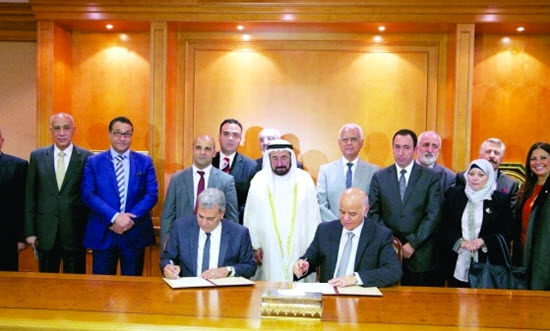 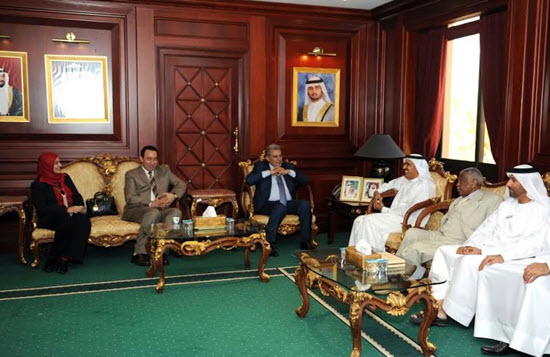