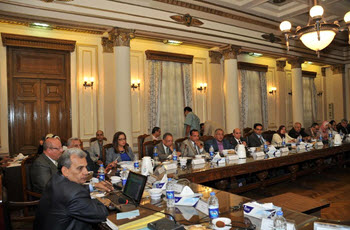 On July 27, 2015, Cairo University Council approved the regulations of student transfers into other university faculties for the coming academic year 2015/2016 through Central Transfers Bureau, Cairo University, which starts its work from Sunday, August 2, 2015. Cairo University Council has decided that the general student grade at the faculty from where he/she is transferred must not be less than excellent to transfer into faculties of medicine, pharmacy, dental medicine and engineering. It is imposed as a condition in order to transfer into faculties of physical therapy, nursing, agriculture and science that the general grade is not less than very good. As for other faculties, the grade must not be less than good. The transfers are conducted in the framework of the rate specified by the council of each faculty, and the priority in transfers is for the students who achieved the highest grades, taking the geographical domain rules of Cairo University into consideration. Transfers at faculties of mass communication, economics and political sciences and dar el-ulum are not accepted.


Starting from the coming term in September 2015, Cairo University Council has decided that registration of new students, who wants to join both programs of law and mass communication at Open Education, must be confined to the holders of General Secondary Certificate only and passage of 5 years since receiving it.

Cairo University Council has stressed the importance of being committed to the implementation of the amendment of internal statute of Universities Organization Law, issued by The Prime Minister concerning failing students for two academic years provided that the two years account starts from the academic year 2015/2016 for any study year when student fails.