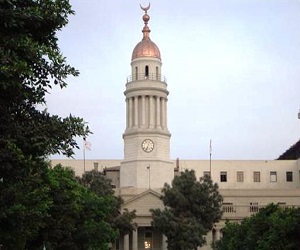 Prof. Dr. Gaber Nassar: Cairo University Hospitals received 87000 patients at outpatient clinics and 36000 at Units of Reception and Emergency throughout a month as well as conducting more than 5000 surgical operations for patients.

Prof. Dr. Gaber Nassar said that in spite of the large numbers of the patients frequenting on Cairo University Hospitals System, the service has witnessed enhancement during the previous period. There are plans made by the university and Kasr Al Aini Administration and its professors to develop that system that aims at offering good therapeutic service to citizens for free. He added that Kasr Al Aini will remain the citadel of therapy and medicine beacon at Egypt, confirming the interest of the state in Kasr Al Aini.  Nassar pointed out that operation units and critical care at El Manial University Hospital (Old Kasr Al Aini) were supplied with 46 margin air conditioners donated by professors.