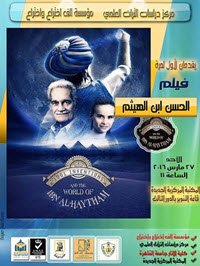 In the framework of the cultural season activities of Science Heritage Center – Cairo University, Ibn Al-Haytham Movie, in which the late star Omar Sharif participates, is going to be screened at Egypt for the first time. This is going to take place on Sunday, March 27, 2016, at 11 a.m., at El-Tanwir Hall, the third floor at New Central Library – Cairo University.


The movie screening is held in cooperation with 1001 Inventions Organization, and sponsored by Prof. Dr. Said Daw, Cairo University Vice-President for Community Service and Environment Development. Mr. Ahmed Selim, the Film Producer and 1001 Inventions Organization President, attends the screening. Prof. Dr. Mohamed Hamza, the Faculty of Archaeology Dean, at Cairo University, is going to provide a commentary on the movie.

Noteworthy, the screening represents the second part of celebrating International Year of Light, announced by United Nations General Assembly in its sixty-eighth session held on December 1, 2013. This was announced by Dr. Hamed Eid, The Director of Science Heritage Center – Cairo University.

Eid pointed out that International Year of Light and light technologies are the product of a group of scientific authorities working in partnership with International Basic Sciences Programme (IBSP), affiliated to UNESCO, which encompasses a number of scientific, civil and academic community representatives; thus, Cairo University was selected to represent the academic side in Egypt. Eid also added that International Year of Light coincides with publishing the book of Ibn Al-Haytham, entitled ،،The Book of Optics,, . 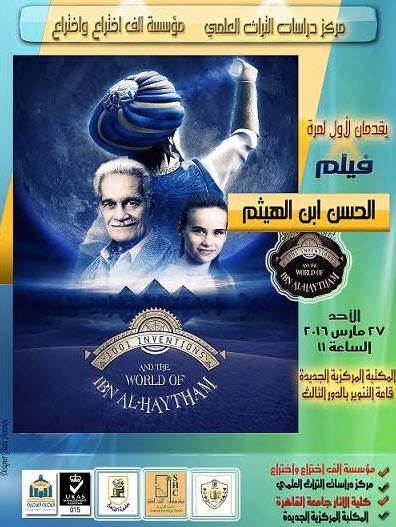