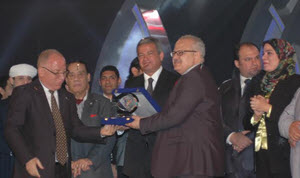 Cairo University President pointed out that the university, in addition to winning excellence shield at Ebdaa 4 Festival, occupied the first six places in the cultural activity, and the first four places in the artistic activity. He added that the university developed a plan for student activity, this year, focusing on the expansion of student participation in different student activities. Besides, the university works on developing student skills in different artistic, cultural, sport and social activities.

Noteworthy, festival 4 activities started in January at some governorates. The competition was among university youth in 21 fields of arts and culture, including theatrical shows, poetry, religious chanting and music. Arbitration committee included 45 senior writers, historians, artists and intellectuals.