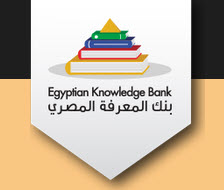 The students of Public Relations Department, Faculty of Mass Communication, Cairo University, organize promotional campaign on Egyptian Knowledge Bank which is included in ،،Towards an Egyptian Society that Learns, Thinks and Innovates,, initiative. The campaign started on May 10, 2016, in front of Cairo University dome at the campus.

Noteworthy, Egyptian Knowledge Bank Project was announced by the Egyptian President Abdel-Fattah Al-Sisi during Science Day celebration. It is a national initiative that the President assigned the Specialized Presidential Council for Education and Scientific Research with. President Al-Sisi referred to the great role that science plays in our contemporary life and the importance of being concerned with the applied side to contribute to enhancing the standard of living and providing citizens with their needs. This initiative aims at directing the priorities of state towards building the Egyptian human. The initiative is going to be carried out at three stages long, medium and short terms. In addition, there are many projects, developing and updating work to be carried out for the scientific research system. Egyptian Knowledge Bank is meant for completing the Egyptian Cultural Revolution system.

Faculty of Mass Communication students said that the campaign targets are represented in increasing student and researcher awareness of Egyptian Knowledge Bank from 18% to 60% throughout six months. The campaign seeks persuading the target audience with the benefits of Egyptian Knowledge Bank. It also aims at organizing training courses and workshops for the target audience for training them on how to log into the bank.

Faculty of Mass Communication students pointed out that the campaign is represented in contributing to building a society based on knowledge, creative thinking, and continuous seeking of raising the level of scientific research in Egypt. Moreover, the campaign is mainly about knowledge and culture dissemination to keep up with informatics revolution as a step in incorporating Egypt into the plan of developed countries. The students added that their mission is to facilitate the availability of human sciences and knowledge for every Egyptian citizen.

The students said that many recreational programs and songs are going to be presented in the framework of promoting for Egyptian Knowledge Bank to motivate audience to seek science and attract their attention. Presentations on the bank and its content are going to be provided by the students. They are going to distribute orientation brochures among audience and prepare a competition among students to measure their general knowledge.