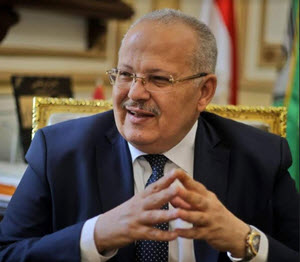 The third stage activities of Child University program were launched at 10 a.m., August 14, 2016, Grand Celebration Hall, Cairo University. They are sponsored and attended by Cairo University President Gaber Nassar, Academy of Scientific Research & Technology President Mahmoud Saqr and Cairo University Vice-President for Graduate Studies and Research Amr Adly. Moreover, Faculty of Science Vice-Dean for Graduate Studies and Research and the General Coordinator of Child University Program Mamdouh Nassar was also among the attendees and sponsors. In addition, elite of professors and specialists of scientific, artistic and skill programs preparation, as well as some talented children who participated in the program and their parents have attended the activities.

Cairo University President said during the opening that ،،the program is the beginning of the creative ideas that can shake up the Egyptian scientific society, and Cairo University endeavors to boost and carry out these ideas in cooperation with Academy of Scientific Research & Technology.,,

Cairo University President pointed out that ،،the university adopts this program to release the energies and imagination of those children, discover their talents and trust in their minds.,, He said that ،،there is no creativity without imagination  and creative children will have the culture of choice.,,

Academy of Scientific Research & Technology President Mahmoud Saqr said that ،،Cairo University is a real support to the academy and it boosts all the ideas that aims at innovating creative and attractive education methods.,,

Saqr added that ،،child university program is a simulation program far from the stress of reality and is supervised by specialist professors.,, He pointed out that ،،the role of community service in providing homeland sons with educational services aims at promotion and progression towards better life.,,

Cairo University Vice-President for Graduate Studies and Research Affairs Amr Adly said in his speech that ،،participating in boosting this program is a must as it is a strong opportunity to trigger the imagination of participating children without limits.,, He pointed out that ،،science will not progress except by students who outrank their professors.,,

The Program Coordinator Mamdouh Nassar said during the opening ،،that Cairo University incubates one of the most important projects being keen on developing the talents of coming generations to cope with world generations.,, He pointed out that ،،this generation is able to compete and become powerful by knowledge and scientific research.,,

The Program Coordinator added that ،،Cairo University is greatly concerned with Egyptian children for they have the genetics of distinctiveness and ideal genius which enable them to become science pioneers at early stages.,, He said that ،،the program aims at preparing children and habilitating them to face future challenges, being concerned with the elements of attraction for them, prompting team work spirit and cooperation and helping children in identifying future goals and achieving them.,,

Dr. Mamdouh Nassar pointed out that ،،this stage of the program included the preparation of a scientific subject with the most modern means of creativity and innovation for serving Child University program.,, He added that ،،training in this stage is conducted at four scientific and literary faculties which are Faculty of Science, Faculty of Agriculture, Faculty of Mass Communication and Faculty of Archaeology for three weeks until August 31, 2016.