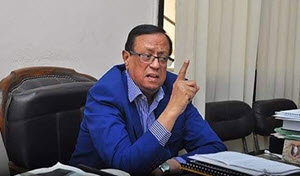 Cairo University President Gaber Nassar said that ،،the anti-corruption awareness week activities include the organization of activities, initiatives and events which all the university sides including academic staff members, students and employees participate in.,, General lectures within the anti-corruption awareness campaign are delivered to specialists from Administrative Censorship, Accountability State Authority and General Department of Public Funds. The lectures are aimed at introducing the concepts and mechanisms of combating corruption and carrying out nucleus activities within the week activities including competitions, documentary films, and artistic activities.

Cairo University decides allocating awards to three competitions, of EGP 10, 000 value for each, held on the fringe of this week. The first award is for a colored poster expresses the idea of corruption and prevention. The second award is for preparing a short film that conveys a communicative message about how to activate the anti-corruption mechanisms and prevention. The third award is allocated for the best faculty that organize activities within the anti-awareness week by activities evaluation and following up.

Cairo University faculties and units started to prepare their initiatives to participate in the anti-corruption awareness week, entitled ،،Together We can Combat Corruption,,. Academic staff members, students and employees will be notified to participate in different activities that matches the week. Cairo University aims at making the awareness week successful and achieving its objective within the framework of the national strategy for anti-corruption and spreading the values of integrity and transparency.