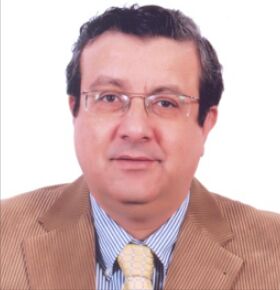 Professor of Faculty of Engineering at Cairo University Aly El-Shafei wins the first prize in the sixth tournament of African Innovation Foundation (AIF) for inventing Smart Electro-Mechanical Actuator Journal Integrated Bearing (SEMAJIB). The prize is one of the most prominent global invention prizes. Cairo University President Gaber Nassar said that ،،Cairo University professors and researchers honor the university in international forums whether by their inventions or internationally published research papers in the name of Cairo University. This globally elevates Cairo University and expands the position of its professors, faculties and scientific programs.

Cairo University Vice-President for Postgraduate Studies and Research Amr Adly said that ،،The prize which African Innovation Foundation (AIF) is responsible for is donated for three African innovators including Prof. Dr. Aly El-Shafei.,, He proceeded that ،،Al-Shafei wins the first prize of USD 100, 000, for inventing Smart Electro-Mechanical Actuator Journal Integrated Bearing (SEMAJIB), which he receives from the President of Ghana Nana Akufo-Addo at the capital of Ghana, Accra.,,

Prof. Dr. Amr Adly added hat ،،The SEMAJIB invention got the first prize and patent also.,, Adly pointed out that ،،It is a smart electro-mechanical actuator that greatly helps in improving turbine performance in single line combined cycle plants as well as conventional generator technology.,, He pointed out that ،،This patent is registered in the US since 2010 with another awaited patent.,, Adly clarified that ،،The machine is designed to be used for the most effective support for power-generator turbines in terms of cost in Africa that has no peer in the West.,, He added ،،Siemens Company shows its concern with the machine.,,

Scientific sources mentioned that SEMAJIB, Al-Shafei invention, is a global solution that supports power-generator turbines that can be used for enhancing the efficiency and reducing the costs of power generation in Africa. The high cost of electricity production is still the main hindrance for increasing electrical generation in Africa which forces governments to boost consumption.

Prof. Dr. Aly El-Shafei is a professor of Faculty of Engineering at Cairo University. He works at the faculty since 1981 and is being graduated in the career until he becomes the Chair of Mechanical Engineering Department in the period from 2011 to 2014. He received his Ph.D. from Massachusetts Institute of Technology (MIT). He worked as an Advisor for the Minister of Scientific Research from 2006 to 2008, a Director for Science & Technology Development Fund in Egypt (STDF) from 2008 to 2011, and established the fund during his secondment from the faculty.