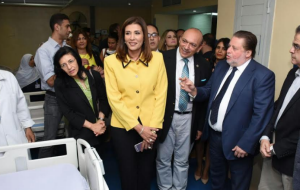 The inauguration is witnessed by Faculty of Medicine Dean Fathy Khodair, General Manager of Cairo University Hospitals Ahmed Sobhy, Manager of Aboul Rish Hospital Rasha Ammar, Managing Director of Arab African International Bank Hasan Abdullah, and Chair of Board of Trustees of We Owe It To Egypt Foundation.

The second stage of unit development includes raising the efficiency of operations chambers, replacing and renovating recuperation chambers with 6 beds, and physicians and nursing robing rooms as well.