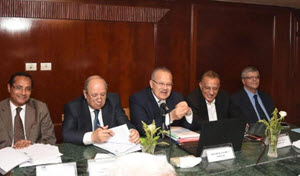 Cairo University President Mohamed Othman Elkhosht said that national challenges become the most important strategic goals for Cairo University as well as maximizing the university role in the enlightenment movement against terrorism, consolidating the concept of progress ethics, and participation in the state development and progress.