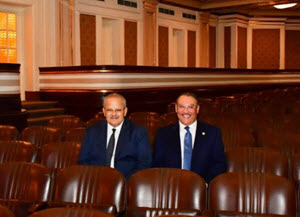 Cairo University President Mohamed Othman Elkhosht assures that the university is keen on presenting full support to increase international publication and enhance the position of Cairo University in world rankings. He pointed out that it is necessary to invest scientific research, conducted by faculty members and researchers at Cairo University, in handling specific issues related development and economy.