Authentic Significances of Revelation in Religions 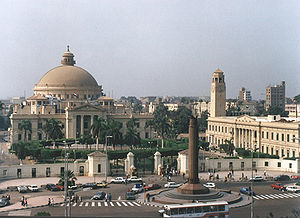 Dr.\ Mohamed Othman El-Khosht, Researcher of Theology at Cairo University and Head of Center for Foreign Languages and Professional Translation (C.L.T.), Cairo University, has presented important and controversial philosophical reflections concerning the nature of revelation in religions, that is, the connection between Allah and prophets, as well as means of divine revelation and its forms. He formulated all this in a book, entitled Revelation has Other Meanings, the first version of new ideological series of Ministry of Culture, entitled "Philosophy". The book reveals differences between religions concerning the nature of revelation and its mean, as revelation has various forms.