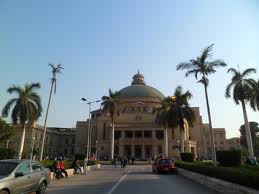 Faculty of Mass Communication's Council has issued a decree that states that Mass Communication Program at Open Education System will not admit new students. The decree has also demanded that professors should be committed to teaching ethics with the students who are already enrolled to the program.

Procedures are followed to increase the efficiency of securing the university's campus, faculties, and university hostels as well as forming teams of crisis management. Cairo University's Council, headed by Dr.\ Hossam Kamel, has approved the decree of Faculty of Mass Communication's Council in the meeting that has been held on 24/4/2013. Starting by September2013, no new students will be admitted until the problems, related to financial demands of staff members of the program, are solved.