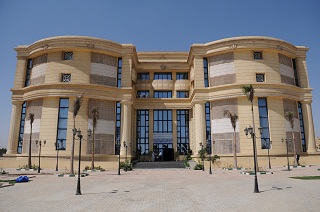 Dr.\ Hossam Kamel, President of Cairo University, has confirmed that Egypt will be enabled to possess nanotechnology of high quality in few years through developing Egyptian experience in nanotechnology researches and techniques. He also pointed out that Nanotechnology Center, Cairo University, headquartered in the Sixth of October City, is the first of its kind in the Arab Region. The center will start carrying out research projects that are related to fields of water desalination, solar energy, and using information technology in modeling and simulation. The center will also work on equipping generation of scholars specialized in developing products based on this kind of technology.