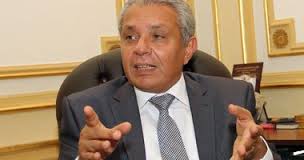 Dr. Hussam Kamel, President of Cairo University, has received the news of winning State Appreciation Award in Advanced Technological Sciences in medicine field with great pleasure. He considered the award a coronation for what he presented to Cairo University in general throughout presidency period and what he presented for scientific research in bone marrow transplantation and stem cells.