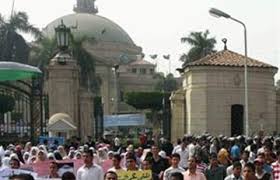 The suggested article states that: University president should impose a penalty of getting fired from the university on students who practice terrorist behavior and acts of sabotage that harm the educational process, or expose buildings to danger, or aim at stopping study or exams, or attacking people or public or private properties, or urging students to make actions of violence or use power.