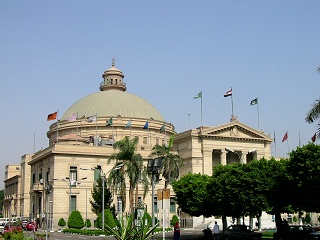 Administrative security of the university's entrances and exams halls was intensified. Coordination with state agencies has been stressed for the sake of continuing exams performance in a secured atmosphere which is psychologically convenient for students. He also stated that what some websites published about postponing university exams is absolutely incorrect.