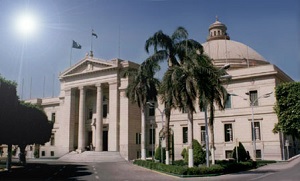 Cairo University has also expressed its trust in the steadfastness of the Egyptian people in the face of black terrorism that will not dissuade the Egyptian people from achieving the rest of future map dues. The university emphasizes that the terrorist incident that targeted Cairo Security Directorate proves, day after day, that terrorism knows no religion or homeland.

In a statement issued today, Cairo University has called the masses of the Egyptian people to consolidate and stand united against black terrorism which targets homeland security and stability.

Cairo University mourns Homeland citizens who were killed and expresses condolences to their families, and wish a speedy recovery to the injured. The statement also stressed that terrorism will increase nothing except the power of the people in the implementation of the road map.