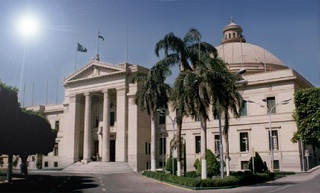 The members of the supervising committee are the consultant Said Abdul-Wahab Al-Zahwy, representative of Al-fangary endowment, and the consultant Abdul-fattah Abul-leil, the legal consultant of the university. Names of the winners of the competition were announced after the arbitration committees evaluated researches presented in the competition's subject for whom 69 researchers applied from different directions.