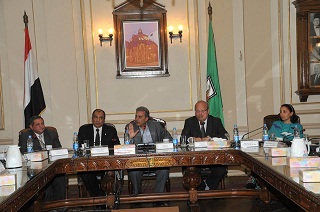 Cairo University's Council, held on April 3, 2014, has condemned the trespasser terrorist act which took place at Cairo University's vicinity. The council has also mourned the martyr of the nation Brigadier Tariq Almrjaoy who has fallen victim during the incident.