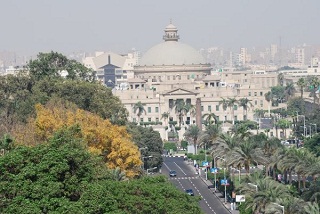 Giza Governorate received a letter from Cairo University contains a demand from the urgent Deans Council of the university on April 3, 2014 asking for the necessity of evacuating the surrounding area of the university from street vendors and random means of transportation due to its danger on the university.