Starting the Procedures of Choosing Nomination Committees of Faculties Deans 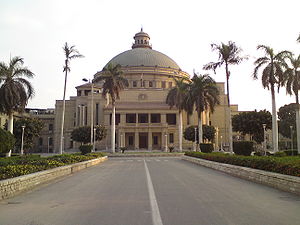 On Monday, July 7, 2014, Cairo University’s Dean Council, headed by Dr.\ Gaber Nassar, President of Cairo University, and has been held to discuss starting executive procedures of selecting committees of nominating faculty’s deans whom places will be vacant by the end of July. The committees include Faculties of Pharmacy, Oral and Dental Medicine, Mass Communication, Science, Agriculture, and Institute of Statistical Research and Studies.