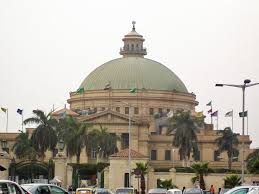 Cairo University stresses that those criminal terrorist acts will never deter the Egyptian people from building their future and uprooting black terrorism from its roots. The university condemns such despicable acts of terrorism and, at the same time, estimates the sacrifices made by military and police forces to protect the country and fight against terrorism. May Allah protect Egypt and its people.