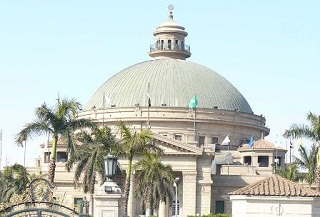 On Thursday, November 27, at 11 a.m., new units have been inaugurated at Cairo University Specialized Pediatric Hospital (Abu El-Rish). It is considered one of the hospitals affiliated to Faculty of Medicine, Cairo University.

The establishment of the hospital returns to year 1983 as a donation from the Japanese government. It is considered pioneering and specialized in medicine and pediatric surgery in the Middle East. It offers free distinctive medical and nursing service for patient children from all over the country.

The hospital includes ten intensive care units, three operations departments, cardiac catheterization department, and dialysis department. About million children got these medical services annually for free. Many renovations and upgrades have been recently made for the hospital costing about one million and five hundred thousand EGPs. It included the renewal of outpatient clinics. Digital call devices have also been installed for patients to regulate their entry to receive the service without any overstock. About 8, 000 cases approximately visit the hospital annually.

Noteworthy, intensive care has been equipped with the most modern devices costing about five million EGPs. This great development has been contributed by a group of donators and Banque Misr Organization.