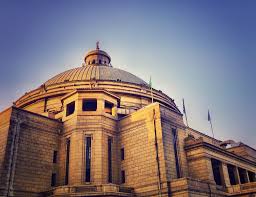 Cairo University Council has approved university awards donation in scientific research for year 2014 with all of its types (excellence, merit, scientific excellence, encouragement, and invention). Professor Gaber Nassar has announced the names of the winning staff members. With regard to awards of excellence numbering 3 awards, Professor Taymour Mustafa Ibrahim, Faculty of Medicine, has won award of excellence in science field, Professor Abdul-Zaher Mohamed Ali, Faculty of Engineering, has won award of excellence in field of advanced technological sciences, whereas award of humanities field has been withheld.

Professor Gamal Essmat, Vice President of Cairo University for Graduate Studies and Research Affairs, has confirmed that the university council has accredited the new regulation to develop the arbitration criteria for organizing university awards.