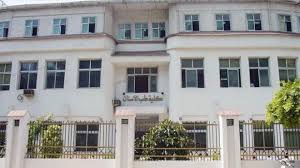 New Units have been inaugurated at Cairo University Specialized Pediatric Hospital (Abu El-Rish) on Thursday, November 27. They are affiliated to Faculty of Medicine, Cairo University.

Professor Gaber Nassar, President of Cairo University has said that Cairo University’s hospitals represent a great value in the health system of Egypt since 95 % of its free therapy is offered to the Egyptians. It spares no effort to serve anybody.

Nassar has also illustrated that Kasr Al-Ainy hospital handles the errors of other hospitals, and offer professional services, such as; conducting open-heart surgeries for free. He stressed that the crowd and scramble at those hospitals is resulted from bearing more than a dozen of hospitals can bear.