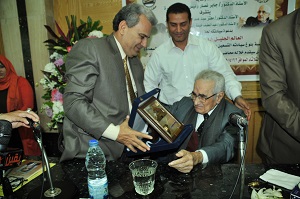 In the speech he delivered at the ceremony, Nassar said that Cairo University was built with the Egyptians’ funds, and it is a beacon of science. He has also said that the moment of honoring Dr.\ Soueif is a historical moment as he is a personality that pervades minds and hearts, and refines the human morality as well. He influenced science, affection and culture. He provided continuous bestowal to the homeland, which is greater than any title or certificate.

Moataz has pointed out the several achievements Soueif presented and can never be counted. Soueif has given much to his homeland, nation and university since he founded a distinctive scientific school for psychology from which many people have been graduated. He enriched the scientific and cultural life of Egypt and highlighted the role of psychology in the renaissance of the Egyptian and Arab society. He cemented the optimum role model and sophisticated example for compliance with criteria and traditions of the Egyptian Arab culture. He has also provided valuable services to the homeland in all the scientific foundations and assemblies where he worked, such as; Academy of Arts, Ministry of Health, National Center for Social and Criminological Research, and others.

He expressed his gratefulness to all those who attended his honoring ceremony, then he delivered a lecture about psychological wisdom. 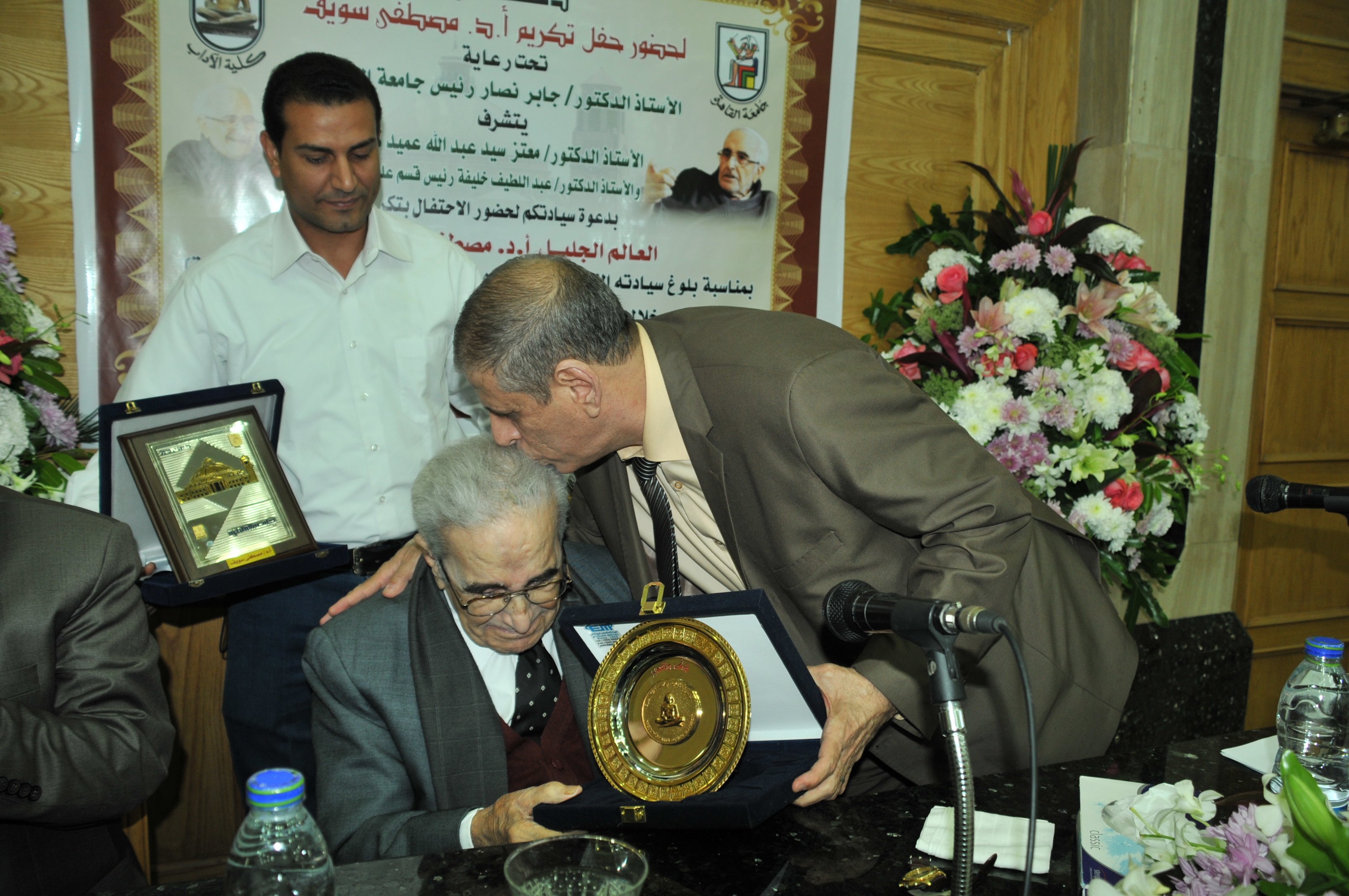