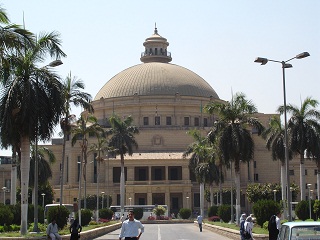 The faculty has endowed its long lifetime including hundred and fifty generations who cruised the world Eastward, Westward, Northward and Southward. They were the best ambassadors of Egypt in the international organizations and global universities (American, European and Regional) as well as all the judicial bodies.

This ceremony comes after a five-year break during which the faculty have not held any graduate ceremony since 2010. Therefore, on Thursday it celebrated the graduation of five classes of its sons from year 2010 to year 2014.