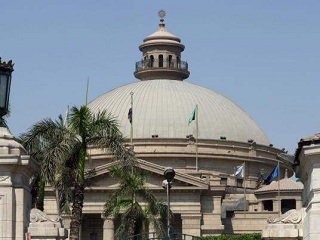 Both Professor Sherif Shahin and Professor Loubna Youssef, the Conference Rapporteur, have confirmed that the conference discusses social liberties, human rights and democracy, as well as civil rights violation, democracy in the face of dictatorship, by experts and specialists of human rights field from around the world.

Professor Wafaa Sadek, Media Spokeswoman of Faculty of Arts, Cairo University, has declared that the conference will include 8 practical sessions as well as opening lecture to be delivered by Professor Ahmed Refaat, Professor of International Law and President of Beni-Sueif University and Member of National Council for Human Rights.

Professor Wafaa Sadek proceeded that during three days, the conference will discuss the social liberty culture, the right to communicate via cyberspace, electronic democracy, human rights at Algeria and protection safeguards, as well as the role of Southern literature in exposing discrimination and bias, in cooperation with experts from Thailand, India, Algeria and Egypt.

This conference comes in the context of Faculty of Arts’ keenness on holding such conferences as a new practical stage for raising the level of human rights among academic staff, employees and students of the faculty, raising the knowledge of civil rights and liberties which international agreements and conventions acknowledge in order for the conference to have positive influences on human rights at all sectors of society.