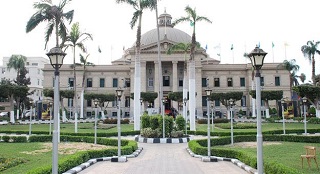 Prof. Dr. Gaber Nassar, President of Cairo University, accredited the dates of the elections of student unions councils of the university faculties, and Cairo University Student Union Council for year 2015/2016 according to the ministerial decree concerning the financial and administrative regulation of student unions for year 2014. On Monday, November 2, 2015, the door has been opened for running Cairo University Student Elections for year 2015/2016 for three days. The candidates initial records will be being announced on Thursday, November 5. Whereas appeals will be being received on Sunday, November 8 and examined on the following day to announce the final records of the applicant students on Tuesday, November 10. The electoral propaganda for the candidates of student unions councils at the university faculties is starting from Wednesday, November 11, until Sunday, November 15. The first round elections, through which the voting committees are being opened for students to choose the committees members at the level of faculties, are starting at faculties on November 16. Votes will be being sorted out on the same day and the result is being announced after finishing the votes counting process. In case of the votes equality, the re-election of this round is being conducted on the following day.

Nassar confirmed the readiness of Cairo University to conduct student elections and securing them, pointing out that student elections are conducted according to student regulation and the university administration will never interfere in the elections circulation. Nassar referred to the importance of student participating in elections and forming their council which expresses them and this is going to be through civilized responsible conduct and objective dialogue. Nassar demands that candidate students adhere by the rules of electoral propaganda and not using any party or religious slogans or sticking advertisements of candidate students to the university walls.

Prof. Dr. Ezzuldin Abu-Steit said that a committee of two non-candidate students and a staff member for supervising the electoral process at faculties is being formed. Abu-Steit confirmed that student elections is an important step towards selecting an entity that represents students in the academic community, expresses them and works on activating student activity which has the capacity to accommodate all students.